Direct report from the archipelago of Gothenburg: Testing the performance of NRTK fault detection 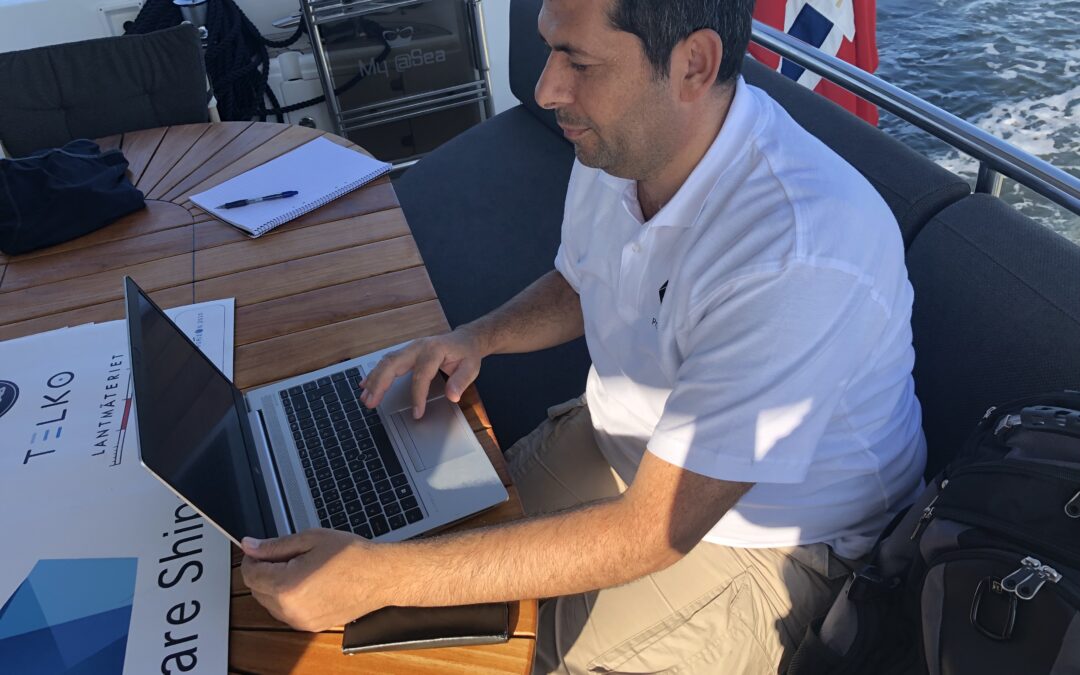 Samieh Alissa works at Lantmäteriet which take the responsibility to provide the positioning correction data to the GNSS shipborne receiver in the project. During the testing in August (week 33 and 34), Samieh built several test scenarios according to location of the reference stations and VDES station to test the LAS (Lantmäteriet Adjustment Solution) which has the ability to filter streamed GNSS correction data in the RTCM3 MMS format constellation-wise, satellite-wise, and signal-wise. Three scenarios have been re-tested because the required data packages were not obtained the first time.

–  Ships generally operate in potentially challenged environments, which make that ensuring the integrity of NRTK correction data locally is one of the main requirement in the future. A method of detecting faults in the NRTK correction data has developed in the Prepare-ships project and we are testing the performance of this method during this testing campaign., says Samieh.